Tomas Soucek’s West Ham loan will become permanent if the Hammers stay in the Premier League, according to a former Slavia Prague forward.

Speaking to ​Ruik, Stanislav Vicek revealed that if the Hammers avoid the drop down to the Championship, then Soucek will return to Slavia, where his future will then be discussed.

However, if West Ham do survive, then Soucek’s loan will turn into a permanent transfer, according to Vicek.

The first task is staying up. West Ham have a very tough schedule. We hope that West Ham will stay up because of Tomas. If they do, Tomas’s loan would automatically turn into a transfer. In the event West Ham go down, Tomas would return to Slavia and his future would then be discussed.

As far as I know from the boys, Tomas is excited about the new gig in terms of the fans and the facilities. I hope he stays up and builds a strong position at West Ham like he did at Slavia.

Soucek hasn’t had long to impress yet at West Ham, but it now looks like his future could already be decided, depending on whether or not the Hammers remain in the Premier League.

The Czech midfielder had a Whoscored rating of 7.21 during his only appearance so far for the Hammers, with a pass completion rating of 68.4.

Obviously, he will likely be handed more chances to perform, but from what Vicek says, the midfielder won’t join the Hammers if he fails to help them avoid the drop to the Championship.

Will Vicek join West Ham on a permanent deal? 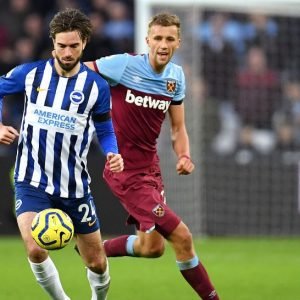 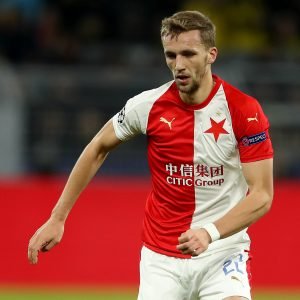