According to a report from The Guardian’s Jacob Steinberg, West Ham will look to sign a goalkeeper in January as they are still unsure about the fitness of  Lukasz Fabianski.

The Polish star has been out since injuring his hip in September and his replacement, Roberto, has been nothing short of a calamity.

In fact, Steinberg reports that West Ham are reluctant to change managers at this moment in time as they feel that a new boss would struggle to compete if he was forced to use Roberto.

Free-agent Jordan Archer has been tipped to join the Hammers, and whilst he’s a decent enough ‘keeper, his potential upside isn’t very high.

That’s why, in my opinion, the Hammers should be putting in a call to Liverpool to try to sign 21-year-old Caoimhin Kelleher on loan.

Jurgen Klopp is apparently willing to let the Irishman go out on loan to get more first-team experience and he’d be a great option for the Hammers. He’d only played two senior games for the Reds and has looked very comfortable with the ball at his feet and has been a good shot-stopper too. The stats show that he let five goals in when his side knocked out Arsenal in the last round, which would obviously put some people off, but he wasn’t really at fault for any of those goals, with them either coming from defensive mistakes or great strikes from the Gunners.

Kelleher also kept his nerve in that game to save a penalty from Dani Ceballos to put Liverpool into the next round.

Liverpool have three other goalkeepers, including Adrian, who West Ham would be much better off with now, so they’ll likely let Kelleher leave to play games for the Hammers, then let him back up Fabianski as and when he returns. 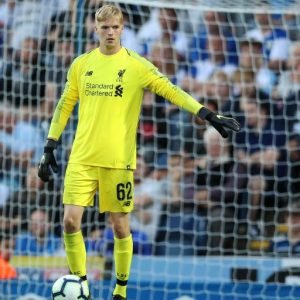 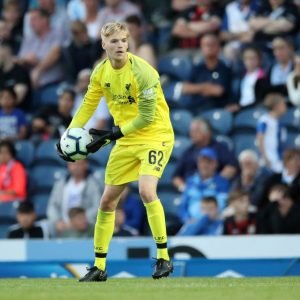