The 59-year-old was working as a pundit for talkSPORT ahead of the imminent start of the European Championships on Friday and was quizzed on matters Claret and Blue on a number of occasions.

Shortly after confirming the Hammers hierarchy had offered David Moyes a chance to extend his stay at the London Stadium and that ultimately the coaches allegiances lie with the Scot, Pearce was delving into matters England.

As one of the final training sessions got underway, the 78-cap ex-England man himself was asked about Rice’s levels day in day out.

“He does (train 100% committed). He’s got a great attitude to the game, he’s learning a lot off Mark Noble. We’ve got some good professionals within our ranks – the two Czech boys are fantastic – the work ethic and Dec leads that. If you wear the armband at a football club it’s not just about wearing an armband, you’ve got to set the example.”

Rice was named as captain on 21 occasions in the Premier League throughout the 2020/21 campaign – a sign of the 22-year-olds development both as a player and a figure within the squad.

As Noble sees a dramatic reduction in game time – something that is likely to continue into next season, the Irons needed a new leader on the field.

Although it’s no surprise to hear Rice leads by example in training, it is still a positive to have it confirmed by someone as involved as Pearce.

For now, the ace can afford to leave thoughts of West Ham and potential captaincy behind and concentrate solely on national team matters.

Will Declan Rice Be The Next West Ham Captain? 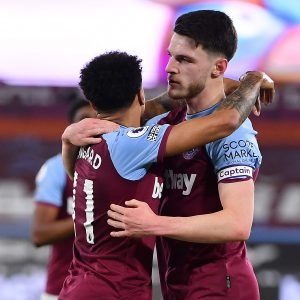 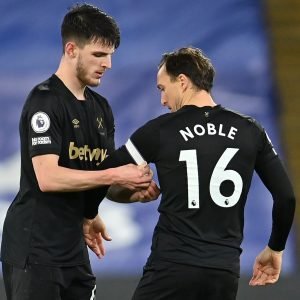