West Ham face Liverpool on Saturday and the Reds boss has been speaking ahead of the match at Anfield in his pre-match press conference today.

Jurgen Klopp’s side are facing somewhat of an exponential defensive crisis at the moment and the German manager today confirmed temporary Virgil van Dijk stand-in Fabinho will be missing for the visit of the Hammers: “Fab is not in. He got a little injury. He will be out for the weekend and probably slightly longer.”

Klopp also spoke about two of his midfield men Thiago Alcantara and Naby Keita who have both been missing for recent fixtures: “Both are in a good way. That’s how it is with recovery. You saw what happened with Thiago. It needs time to settle but we don’t know exactly how long. He is desperate to make the next steps. If he is ready for tomorrow, we will see. It’s the same for Naby, it’s a different type of injury.”

19-year-old centre-half Rhys Williams is likely to be handed his Premier League debut against David Moyes’ Irons, something Michail Antonio would have been keen to exploit but for his own injury absence.

The Liverpool manager found time to praise the striker and the current West Ham squad: “Antonio has been sensational so far. They will miss him, doesn’t help (West Ham). Haller played an incredible season at Frankfurt, good, quick, physical, brilliant in the air. They have options. Some smart business in the last 18 months. All starting to click.”

Both sides coming into this one with major injury misses, this could come down to a battle of how the reinforcements perform.

Liverpool were boosted recently by the return of number one goalkeeper Alisson Becker, taking the gloves back off former West Ham stopper Adrian who had come in for criticism.

Any battle between Sebastien Haller and teenager Willaims could be particularly key to the Hammes chances. Should the powerful striker be able to get the better of his opposite number, Moyes’ side may just stand a chance. 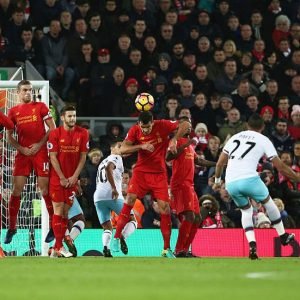 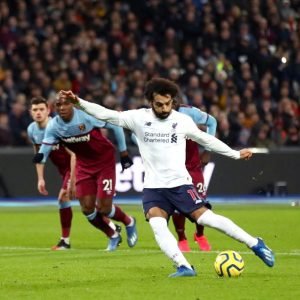