According to Claret and Hugh, West Ham United have placed an £80m price tag on Declan Rice and some Hammers fans have provided their reactions on social media.

As reported on Sky Sports earlier this week, fellow Premier League side, and London rivals Chelsea, are interested in signing the defensive midfielder.

Rice, who was released from the Chelsea academy as a schoolboy, has played every single minute of West Ham’s Premier League season so far.

Rice has come a long way since then, cementing a first-team spot at West Ham and making his England debut.

The midfielder recently signed a long-term contract with the Hammers, keeping him at the club until the summer of 2024.

Rice has also recently outlined his desire to become the club’s captain one day, but with other sides interested in his signature, that could only just be a dream.

These Hammers fans on Twitter have reacted to the report, with many feeling he’s worth more.

If Chelsea offered £80m for Rice, would you accept it? 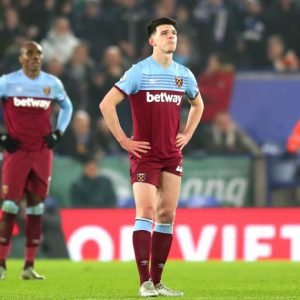 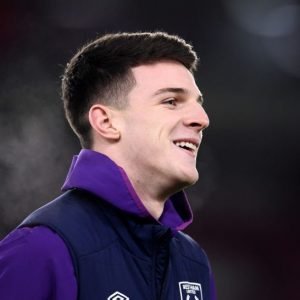