West Ham fans are questioning the treatment of striker Albian Ajeti, with the striker celebrating his birthday earlier this week.

Ajeti was signed from Swiss side FC Basel over the summer, for a fee of around £8 million, but has only made eight Premier League appearances since.

The Swiss forward had a great record for Basel, scoring over 21 goals in 43 appearances last season in all competitions, including the UEFA Champions League.

However, this form has not been repeated during his time at West Ham, with Ajeti limited to only cup appearances or as a substitute.

His last appearance saw him come on for only six minutes against Everton, and Ajeti has never even started a single Premier League game for the Hammers.

Several West Ham fans took to Twitter to respond to a tweet wishing the player a happy birthday, with many questioning why Ajeti has not been given more of a chance.

Twitter: @WestHam How about giving the lad a fair chance? (@PauloHill16)

Twitter: @WestHam We apologise for ruining your career. ⚒ (@AngryBilic)

Twitter: @WestHam @alanrzepa Still waiting to celebrate him scoring a goal. Not likely any time soon with him not even making the bench. (@PaulAndersonNE6)

Twitter: @WestHam As a birthday present, Moyes should actually provide Ajeti the opportunity to change his opinion on his po… https://t.co/cvXmIoydhk (@WestHamJoshV)

Should Ajeti be given a shot? 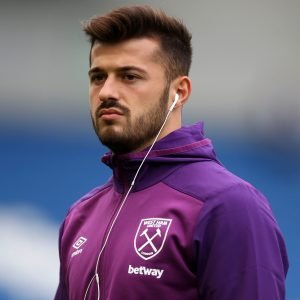 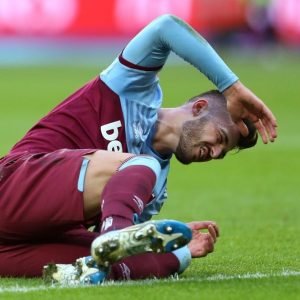