West Ham fans are split over the performances of new signing Tomas Soucek after the defeat to Manchester City on Wednesday.

The Czech midfielder joined on loan from Slavia Prague over the January window, with an option to make the deal permanent over the summer if West Ham remain in the Premier League.

It was only his second appearance on Wednesday night, but several West Ham fans were already split over the midfielder’s performances for the club.

Soucek’s stats were quite good, as per Who Scored, with the midfielder racking up four aerial duels and two tackles, despite only picking up a 58% pass success rate.

Some believe that there may be a future for Soucek at the club, with the midfielder’s performance being acceptable to them.

Twitter: @whufc_news Tbf I thought Soucek had a good game tried to get forward more than any other midfielder (@richardsmark99)

Twitter: @richardsmark99 @whufc_news Our best player by a country mile. Went to game and he was every where. Pressing, haras… https://t.co/SeYBvJfOcl (@Mdp_coyi66)

However, some fans took a different view, and believed that the Czech international midfielder simply wasn’t that good against Man City, and that there are better options than him.

Twitter: @whufc_news Bang on ! And soucek is not as good as noble ! Disaster (@ellingford_paul)

Twitter: @whufc_news Souchek is slower than noble 😂 would take noble over him all day (@DaleyJamie)

Will West Ham sign Soucek on a permanent deal? 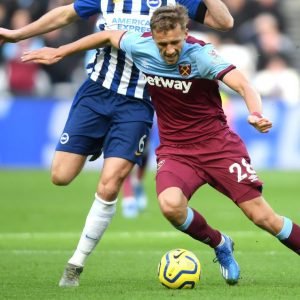 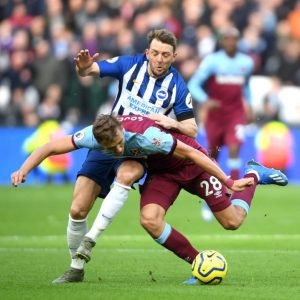