West Ham fans have called for David Moyes to be sacked after the Hammers fell to a 2-0 defeat to Manchester City on Wednesday night.

The Hammers suffered yet another defeat, with Rodri and Kevin De Bruyne scoring the goals to put Moyes’ side to the sword in the rearranged fixture.

However, it was not a good evening for West Ham in any regard, with the Hammers not even registering a shot on target against Pep Guardiola’s side.

Alongside this, the Hammers only managed 23% possession and looked helpless to stop the defending champions.

This means Moyes has still only won one game since taking charge of the Hammers, with the win against Bournemouth on New Years Day the last league win for West Ham.

This has led to several supporters taking to Twitter to voice their frustrations with the current regime, with many calling for Moyes to be sacked.

Twitter: I know this is controversial and highly unlikely but I think I would sack David Moyes. He isn’t the man for us, I’m… https://t.co/QEDxt4x8UD (@DaveWalkerWHU)

Twitter: @DaveWalkerWHU I agree! Should never have appointed him in the first place (@ExWHUemployee)

Twitter: @DaveWalkerWHU Agree , I’d actually give it to allardyce till end of season. He’d keep us up and that the priority now (@andyaustin67)

Twitter: @DaveWalkerWHU Not controversial at all 😂 give it to Nolan at this point (@Acope95) 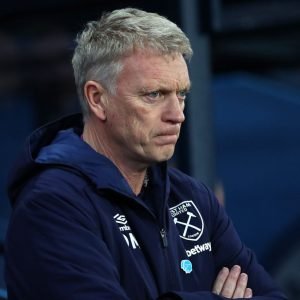 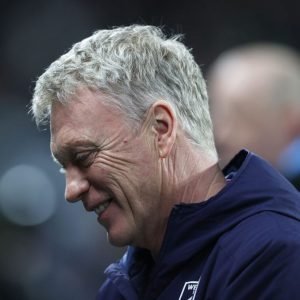