West Ham winger Felipe Anderson reportedly has an outside chance of making the squad for the clash with Manchester City this weekend, as per Claret and Hugh.

The Brazilian winger has been out of action with a back injury, but he could return for the trip to the Etihad stadium this weekend.

Claret and Hugh say that the attacker is more likely to return after the international break, but report there is a slim chance he returns to the squad sooner rather than later.

They also report that Jarrod Bowen is more likely to appear than Anderson, with the new signing potentially making his debut for the Hammers this weekend.

Felipe Anderson has been a notable absentee since he picked up the injury, with the Brazilian missing six games with his back issue.

Anderson scored in Moyes’ first game in charge, the 4-0 win over Bournemouth, but has been limited to one appearance since then, a game in which he picked up the back problem.

It will be interesting to see what Anderson can do under Moyes, with the winger not really showing the form he had last season. Anderson only has the one goal and four assists, whilst last season, he was able to rack up an impressive ten goals and five assists, as per Transfermarkt.

The winger will surely want to up those numbers going forward, but Moyes will have to be careful not to rush him back too quickly and risk another potential injury.

Will Anderson make the squad for Man City? 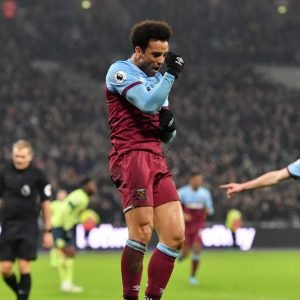 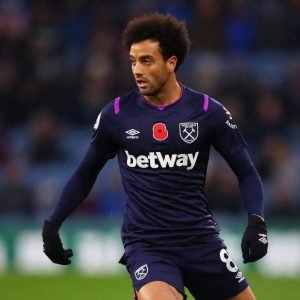