Many West Ham fans have reacted strongly to the club’s 1-0 loss to West Brom in their FA Cup fourth round tie.

West Brom opened the scoring inside ten minutes through defender Conor Townsend, and the Hammers couldn’t find a reply, even when the Baggies went down to ten men for the final 20 minutes following Semi Ajayi’s late red card.

This result means that West Ham are now winless in four games, with their last victory coming against Gillingham in the third round of the FA Cup earlier this month.

Moyes has yet to get to grips with his team at the London Stadium and establish who and how he wants to play, and with Liverpool, Manchester City and Liverpool again making up three of the Hammers’ next four Premier League fixtures, it could be a tough few weeks for supporters.

Many fans agree, and as such have expressed their anger and frustrations on social media following the disappointing loss.

Twitter: @WestHam 😂😂 Beaten (comfortably) by a championship reserves side… 3 changes at half time shows that clown knows h… https://t.co/H392VZtfXF (@liamions)

Twitter: @WestHam You all should just have a long look at yourself (@whufc_lewis)

Twitter: @WestHam We sacked Bilic to take us to the “next level”, now we can’t beat his team from the league below when they… https://t.co/hFbJG3DAjP (@richiejv)

Twitter: @WestHam Utter utter disgrace by all involved season over. Don’t care if we go down this is all on the 3 at the top… https://t.co/aWgWMRzlcr (@lapstar11)

Twitter: @WestHam Just put the club up for sale. The fans deserve better than this. We want owners who want to succeed & bac… https://t.co/EOoZqCQw2b (@wilfield71)

Was David Moyes the right appointment for West Ham to have made? 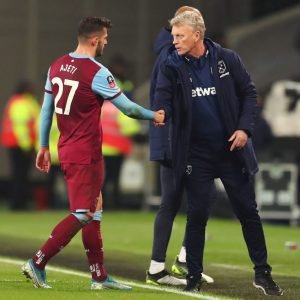 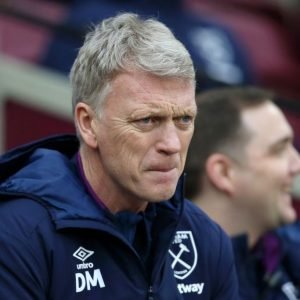