West Ham are reportedly edging out Newcastle United in the chase for AC Milan’s Polish striker Krzysztof Piatek, as per CalcioMercato.

The Pole has been linked with a move away from the club this January, with several sides such as the Hammers, Newcastle and Tottenham Hotspur having links to the striker.

However, as per CalcioMercato, West Ham are currently edging out the likes of Newcastle in the race for the forward, but no club has yet reached Milan’s asking price.

The Italian side are demanding over 28-30 million for the striker, with the Serie A side not wanting to make a loss on the Pole, who only joined last January.

The Hammers are very much in the hunt for a new forward in January, with David Moyes seeking another striker to provide competition for Sebastien Haller, who has hardly set the world alight with his six goals so far this season.

Piatek may have struggled this season, but scoring 30 goals in 42 appearances for Genoa and Milan.

David Moyes managed to get Marko Arnautovic firing for the Hammers, so he could potentially be able to work his magic on the Pole to get him back to his best.

Would Piatek be the answer for West Ham? 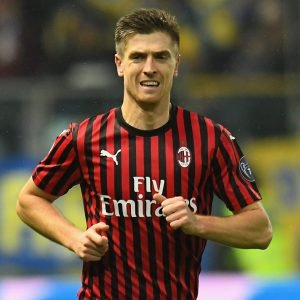 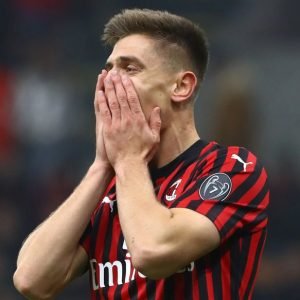