West Ham United could be moving quickly to bolster their attacking options in the January transfer window.

According to journalist Nicolo Schira, West Ham are eager to sign exciting Gremio forward Everton Soares and will meet the player’s agent next week to begin talks.

The 23-year-old has 14 Brazil caps and made 22 goal contributions in 40 games for Gremio this season.

Michail Antonio’s starting role as the centre-forward at Chelsea was a clear indication of Manuel Pellegrini’s minimal attacking options.

He got rid of five strikers during the summer and brought in just two, so the Hammers’ current struggles possibly should’ve been expected.

Capable of playing anywhere along the front line, Everton would bring quality and flair to the attack and is still nowhere near his full potential.

He’s said to have a £68million release clause in his current contract, but Gremio could be willing to offload him for just £34million.

The South American star’s low centre of gravity, pace and agility make him a real prospect and it’d be intriguing to see how he’d cope with the demands of the Premier League.

He seems attainable, but whether Pellegrini will pull the plug on a move for him or not remains to be seen.

Should West Ham be prioritising the wide areas? 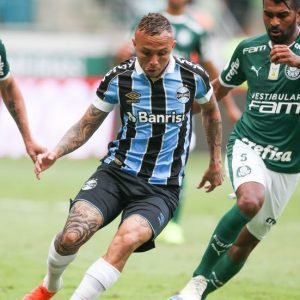 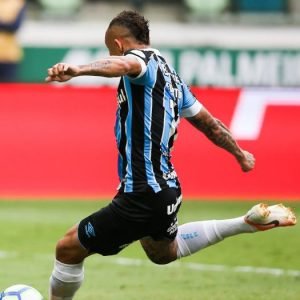