West Ham United’s apparent search for a striker has led them to PAOK’s Chuba Akpom, who seems destined to leave Greece in January.

According to The Athletic’s David Ornstein, West Ham have made contact with PAOK ahead of a potential move for the former Arsenal star.

The 24-year-old scored eight goals in 27 games last season as he helped the Greek giants lift the Super League and Greek Football Cup, as well as going undefeated in domestic competition.

He’s started just three league outings this term though, scoring twice, and looks set on rejecting a new contract with a departure on his mind.

Akpom is familiar with English football from his spells at Arsenal and Brighton & Hove Albion, so it could be a wise addition for the Hammers.

The win at Chelsea will ease tension and pressure to get results but problems could very easily arise again and additions are expected in January.

Do West Ham need a new striker on top of Haller, Antonio and Ajeti? 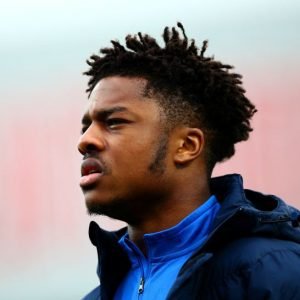