Roberto’s form since deputising for the injured Lukasz Fabianski has come under heavy scrutiny and he may have blown his final chance in the 3-0 defeat at Burnley.

According to Football Insider, Manuel Pellegrini could be set to make a controversial move by giving third-choice goalkeeper David Martin the chance to impress.

The report claims he’ll be trialled in goal for the first team during training whilst many of the senior squad are away on international duty.

Roberto has made an array of high-profile mistakes since joining West Ham United on a free transfer in the summer and it seems Pellegrini has finally decided to give another summer signing in Martin a chance.

The 33-year-old arrived from Millwall to act as the ‘no. 3’, allowing Nathan Trott to move to AFC Wimbledon on loan.

Realistically, if Pellegrini likes what he sees with Martin it’s likely he’ll start in between the sticks against Spurs next weekend.

It’d be a huge call to make in such a vital game, but on the back of four defeats in the last five games, it’s understandable why he’s looking for solutions.

Who should start against Spurs? 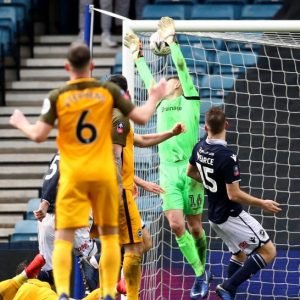