There’s some interesting news coming out of West Ham United this morning regarding the club’s goalkeeper situation.

According to the Athletic, Manuel Pellegrini is working hard to sign a new goalkeeper during the January transfer window due to concerns over Roberto’s form.

He’s is currently deputising for the injured Lukasz Fabianski, who is ruled out until December at the earliest.

The report claims West Ham are searching for a new back-up option for when Fabianski returns after Roberto has failed to live up to expectations.

Since joining on a free transfer in the summer, Roberto has seemingly been making a new mistake every game he’s in between the sticks.

With David Martin being used as the ‘no. 3’ to allow Nathan Trott to go out on loan, Roberto is the only man Pellegrini can really call on at the moment.

He hasn’t looked good at all and it’s a wise move for the club to look for a new back-up stopper, considering Fabianski’s return date will be imminent in January.

The Hammers are in free fall at the moment and will need to pick up form, both individually and as a team before they’re stuck near the depths of the Premier League table.

Do West Ham need to sign a new first-choice or back-up goalkeeper? 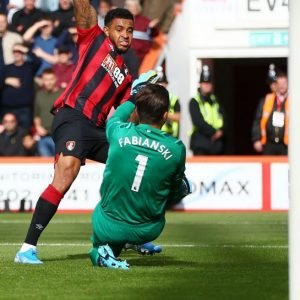 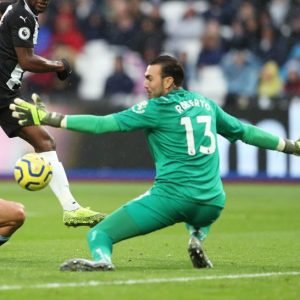