Arsenal youth star Malcolm Ebiowei is set to undergo trials at West Ham United for two weeks ahead of the prospect of joining on a free transfer.

According to allnigeriasoccer.com, the Nigeria Under-17 international missed out on a scholarship at Arsenal due to personal complications and he’ll now represent the Hammers’ youth teams before a decision is made.

Ebiowei was regarded as one of the most promising talents coming through the Hale End Academy and the report claims West Ham are in pole position to snatch him.

He won’t be eligible to sign his first professional contract until 4 September 2020, but if the club want him onboard they can offer an initial scholarship.

He’d be the latest youth star the Hammers grab from their Premier League rivals after the capture of Ademipo Obubeko from Manchester United.

The Under-23s have been mightily impressive this season so it’s exciting to see the club continuing to strengthen the ranks.

Hopefully, Ebiowei can impress during his short stint because he seems like a top prospect. 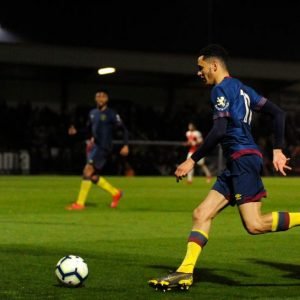 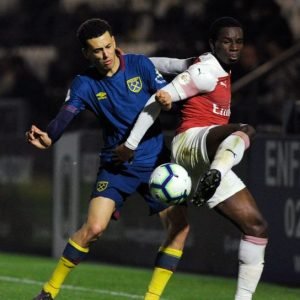