Many fans of different clubs are coming together to poke fun at Declan Rice after he suggested West Ham United can still finish in the Premier League’s top six this season.

The Hammers started the campaign off brightly but are currently suffering on a woeful run of form in which they’ve gone six matches without a win, losing four of them.

Speaking to Sky Sports, Rice explained why he still believes a top-six finish is attainable:

[We can finish in the top six,] 100%. I think if you look from fifth to about 13th, there’s about four points between six or seven teams. We’re going through a little blip now, it happens to every team. It’s about how we get out of it.

Plenty of supporters from other clubs have taken his quotes the wrong way though, and have been laughing at Rice on social media…

Rice must be feeling very optimistic; a top-six finish was always on the cards following a summer featuring a couple of new additions.

The Hammers looked like real underdogs for European qualification as they were picking up points are the start of the campaign, but their current dire run of form can’t continue if they are to even think about the top-half.

Can West Ham still finish in the top six? 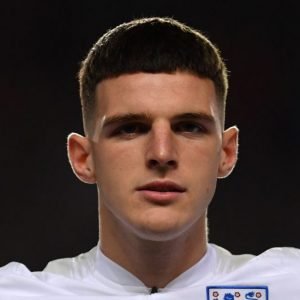 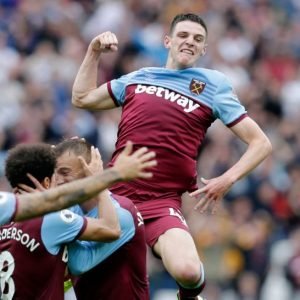