He was linked with a move to Tottenham Hotspur earlier this year, but former Crystal Palace and West Ham United man Don Hutchinson has revealed he told both clubs to sign Ajax star Hakim Ziyech ‘years ago’.

Ziyech was one of the shining lights of Ajax’s special 2018-19 squad which reached the Champions League Semi-finals and has continued to catch the eye this term.

Speaking after the Moroccan’s role in the thrilling 4-4 draw against Chelsea at Stamford Bridge, Hutchinson took to Twitter to make a bold claim:

Twitter: Mate I told C Palace West Ham Years ago!!!! Do they listen? No they have there analysts looking at computers all da… https://t.co/yyMtFWcbXZ (@donhutch4)

The 26-year-old’s price tag will continue to rise as long as he’s performing at the highest level, and now it seems like West Ham may have missed out big time.

Ajax spent £10million to lure him away from FC Twente in 2016, but you’d expect any suitors would have to pay at least four more times to initial price.

With Ajax in a good position to qualify from their Champions League group though, hopefully, we can see more of him lighting up the big stage. 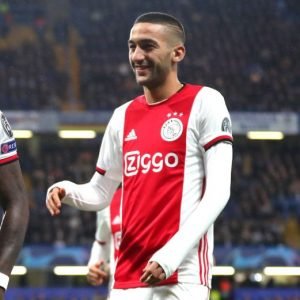 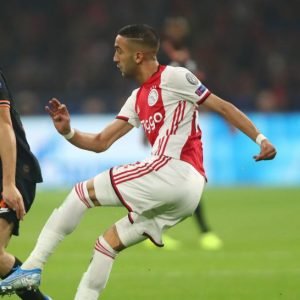