West Ham United, after a very good start to the season, found themselves in a bit of a struggle as they failed to beat Sheffield United, AFC Bournemouth and Crystal Palace, and the game against Newcastle United was meant to change that.

Unfortunately, the Hammers have been beaten yet again in another diabolical manner, despite almost coming back from 0-3 down with Robert Snodgrass and Fabian Balbuena nearly pulling them back into the game.

And after the final whistle, West Ham fans weren’t overjoyed with happiness following both the team’s performance and also Manuel Pellegrini’s team selection.

Twitter: @WestHam getting closer and closer to pellegrini out, embarrasing performance (@mouncey17)

Twitter: @WestHam I don’t even know with this club anymore. Embarrassing, disgraceful (@Cresswellstoe)

Twitter: @WestHam Thanks West Ham for ruining my weekend….

Players and the manager need to take a long hard look at thems… https://t.co/qcuFTmQKWA (@Apollon101)

Twitter: @WestHam PLEASE EXPLAIN HOW FREDERICKS DOES NOT START (@georgemoss77)

Twitter: @WestHam God this is embarrassing if we don’t win I’m Pellegrini out this is a joke (@Steve_WHU_)

Another woeful performance and another game in which Manuel Pellegrini failed to field a team capable of winning a game which is not good enough, especially at home against one of the teams tipped for relegation.

The Chilean has to switch something up because currently, his preferred tactics look too stale and stagnant to threaten any team in the league.

The only positive that can be taken out of the game is the will to come back after going 0-3 down, where in previous seasons the heads of the players would drop alongside the team morale.

But if the Hammers want to keep their European aspirations going, something has to change very, very soon.

Should Manuel Pellegrini stick to his tactics? 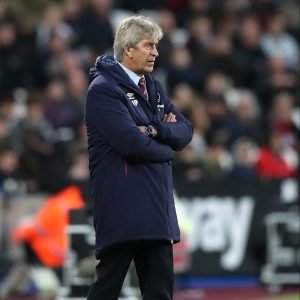 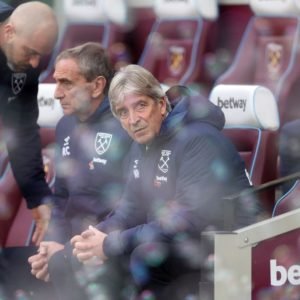