Roberto’s performance against Everton on Saturday has drawn plenty of praise from pundits and West Ham United fans alike but there seems to be high demand for the club to recall exciting prospect, Nathan Trott.

The 20-year-old put in a Man of the Match performance on loan at AFC Wimbledon at the weekend, keeping Portsmouth at bay to help earn a hard-fought 1-0 win, a third straight victory in League One.

Trott is yet to make a first-team appearance for West Ham, but plenty of supporters are calling for Manuel Pellegrini to recall him from Kingsmeadow and give him a chance to fill in for the injured Lukasz Fabianski…

Twitter: @WestHam @Nathan_trott Recall him and put him straight in the first team before the season is already over (@JBUDS1)

Twitter: @WestHam @Nathan_trott y’all knew these “recall him” tweets were coming (but seriously recall him). (@deathcabdan)

As much as these Hammers fans would like to see Trott enter the fold, Roberto’s display at Goodison Park will certainly be enough for him to keep his place against Sheffield United.

I don’t think it’d be best for the young stopper’s development when he’s performing with such confidence at Wimbledon – it’d be too risky to disrupt that and the chances of West Ham recalling him are low as it is.

It may be considered if either Roberto suffers an injury or is in poor form, but I certainly wouldn’t hold your breath over it happening anytime soon. 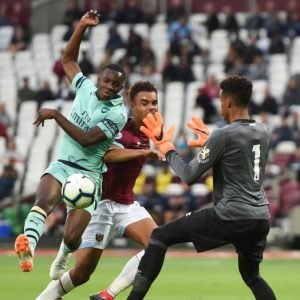 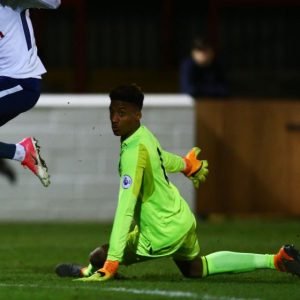