Sebastien Haller’s West Ham United arrival was considered by many as one of the coups of the summer, but some supporters are already fearing his departure following the defeat to Everton.

The French striker came out following to 2-0 loss at Goodison Park and called it “unacceptable” after having just 3.6% of the game’s possession as West Ham’s toothless display made it four games without a win.

Plenty of fans have reacted to Haller’s comments, with many worrying that if performances and results don’t improve, he won’t be hanging around the London Stadium for much longer…

Twitter: @WestHam We ain’t keeping him long with our endless mid-table mediocrity. He literally gets no service. Midfield ou… https://t.co/T8pI0VYzAB (@WestHamCF)

Twitter: @flair180 @WestHam Our best forwards we have had a the club had good service, and generally a partner up front, cou… https://t.co/ExtnlNK2Oh (@sandirfdsdvvggn)

Twitter: @WestHam So many capable individuals acting as if they don’t know eachother someone needs to come in during traini… https://t.co/Dgai5jbROh (@IronessWest)

Some believe Haller needs to offer more himself, even when he’s left isolated…

Twitter: @WestHam Haller needs to get more touch’s. Use your brain, if the balls not coming to you. You need to go to the ball and dig in a bit. (@scottaperry007)

Generally speaking, Haller’s return of four goals and one assist in eight Premier League games so far has been good but he’ll be getting frustrated with the current lack of service.

Considering West Ham signed the 25-year-old on a club-record deal worth £45million, supporters shouldn’t be stressing about him wanting to leave at all.

Improvement of results will come and if the wingers and attacking midfielders can start providing Haller with better service, he’ll be finding the net on a more consistent basis.

Are you worried that Haller won't be around for long? 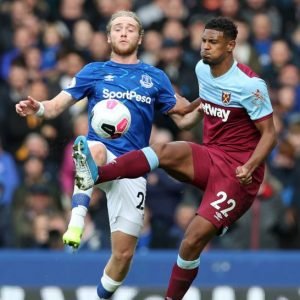 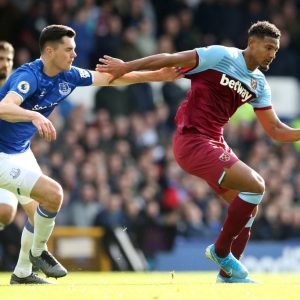