Plenty of football fans are heaping praise on Andriy Yarmolenko for his contribution on Monday night as Ukraine defeated Portugal 2-1 to qualify for EURO 2020.

The 29-year-old winger has enjoyed a promising start to the 2019-20 campaign with West Ham United and extended his form into international duty as he ultimately netted the winning goal on a momentous night.

Many have been hailing Yarmolenko on social media following his match-winning performance in Kyiv:

Twitter: Yarmolenko showing up Ronaldo on the big stage. You love to see it. (@billy_grimmel)

He deserves this period…

Portugal couldn’t deal with him…

Twitter: So many top performers for Ukraine tonight. Portugal couldn’t deal with Yarmolenko. But my pick had to be Oleks Zin… https://t.co/TB65p4EjJN (@mcgboye)

Look at how much it meant to him!

What a side this is!

Yarmolenko is having a great time with club and country this season and it’s brilliant to see him playing such a big role in securing qualification for EURO 2020, potentially his final major international tournament.

West Ham fans will rightly be even happier with him for staying injury-free ahead of an important stage of the season.

The Hammers lost some ground in their fine start to the Premier League season last time out and will be desperate to bounce back at Everton this weekend.

Manuel Pellegrini should be able to field his strongest side against struggling opposition.

Should Yarmolenko start against Everton this weekend? 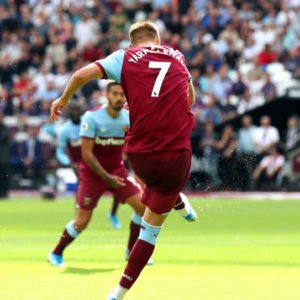 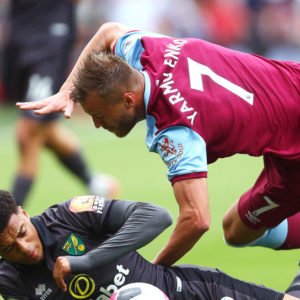