Plenty of West Ham United fans are desperate to see Dan Kemp involved with the first team after his impressive performance against Cheltenham Town.

The 20-year-old winger scored twice in the first half to help send the Under-21s’ into the break with a 3-1 lead before they fell to a 4-3 EFL Trophy defeat.

These West Ham supporters believe it’s time Kemp was given a chance to shine in the first team, even if it’s just featuring off the bench…

Twitter: @WestHam GIVE KEMPY A CHANCE IN THE FIRST TEAM!!! (@KorbenPW)

Twitter: @WestHam Decent game so far. Clinical finishing from our young lads, Cheltenham have wasted a couple of chances and… https://t.co/DR03EP4iw8 (@alanreynoldswhu)

Kemp is the latest young star many West Ham fans are desperate to see given a chance in the first team, with Nathan Holland also a favourite on the terraces.

Holland received his chance in the Carabao Cup defeat at Oxford United, so it’s a shame the Hammers aren’t still in a competition that would’ve been perfect to introduce Kemp too.

If he continues to shine for Dmitri Halajko’s Under-23s and 21s though, he’s bound to make his breakthrough sooner rather than later.

Which youth prospect are you more excited about? 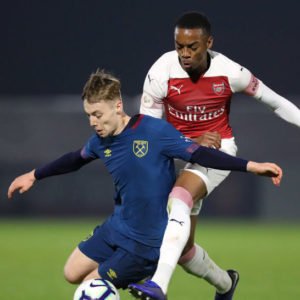 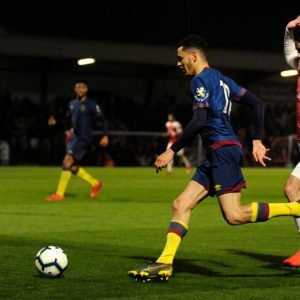