Michail Antonio has provided West Ham United fans with a bit of entertainment on social media this week as he continues his road to recovery.

The 29-year-old may be out of action for the next few months but that hasn’t stopped him staying in touch with supporters whilst sidelined.

He responded, which led to many supporters jumping to laud him for what is being seen as a slight dig at Spurs…

Twitter: @Michailantonio Could’ve done with you last night Michail. Hopefully your back soon

Twitter: @Michailantonio Let’s hope it’s not long until we see you scoring many more goals! Get well soon.

Twitter: @Michailantonio Get well soon Mick! We need you champ

It’s always good to see the players investing in the rivalry between both clubs and you can count on Antonio to interact with fans on social media more than most.

West Ham could have done with Antonio’s impact on Monday night at Aston Villa and his absence is proving just how important a character he is in the current squad.

It hasn’t stopped Manuel Pellegrini’s side’s form though as they look to be on for a good season, so hopefully he’s back in time to play a part as he so often does.

Is Antonio an important part of Pellegrini's plans?

Yes, we miss him. 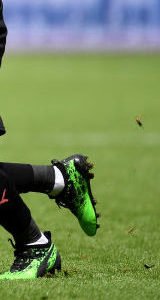 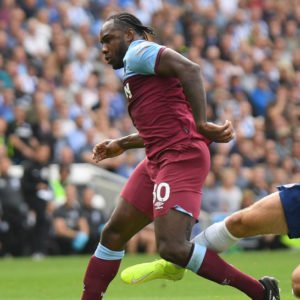