Nathan Holland came off the bench to net a late ‘wonder strike’ equaliser against Brentford B on Tuesday night, which saw the game finish 2-2.

After winning just one point from their first two games, West Ham United are in need of inspiration and masses of fans are calling for Holland to get a promotion into the first team.

Declan Rice is the latest Hammers academy graduate to become a crucial member of Manuel Pellegrini’s squad, and these supporters are desperate for Holland to be the next:

Twitter: @WestHam This boy needs to step up to the senior squad (@GeoffGaler)

Fellow promising winger Grady Diangana broke into the first-team set-up last season and is spending this season on loan at West Bromwich Albion, so there’s space for a new exciting winger to burst onto the scene.

His goal on Tuesday was something to behold and I urge you to go and watch it if you haven’t already; it’s further proof that Holland has the confidence and ability to join Pellegrini’s enticing attacking options in the near future.

A loan move to gain valuable first-team experience could be a good move first, but many will have faith in him to make the step up straight away. 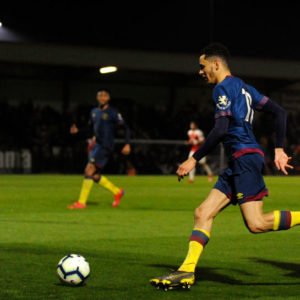 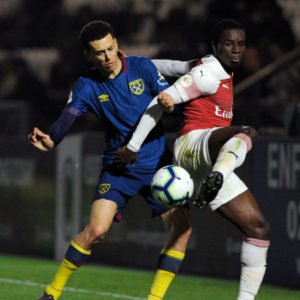