Plenty of West Ham United fans are stuck in a state of confusion and displeasure after Robert Snodgrass described Saturday’s 1-1 draw at Brighton as the reaction the team needed.

It was obvious the Hammers needed a reaction following the humiliating opening day defeat at home to Manchester City, but were fortunate to scrape a point from the AMEX Stadium.

Javier Hernandez’ goal may have saved Manuel Pellegrini from a second successive defeat with a trip to Manchester United on the horizon, but these fans are less than happy with Snodgrass’ assessment of the game:

Twitter: @WestHam I love you Snoddy but it was a poor performance (@bradleyjames22)

Twitter: @WestHam Need to up your levels ie the team otherwise it’s another mediocre season (@dazzler5931)

Twitter: @WestHam Did the club write that for you? (@matfieldaj)

These supporters have a very fair argument – a 1-1 draw against one of the teams touted for relegation at the start of the season isn’t exactly an overwhelmingly positive reaction to getting battered 5-0 on your own turf.

It’s not a defeat though, and Brighton have in fact looked in good stead under Graham Potter, but to come out acting positive and saying it was a good reaction is rather questionable on Snodgrass’ part.

Go and get a point or more at one of the big clubs, that’s a reaction, or go and beat Watford at Vicarage Road this weekend as the Seagulls did in game-week 1. Give the fans a reason to be optimistic.

Was it a good reaction against Brighton? 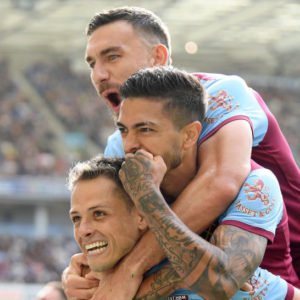 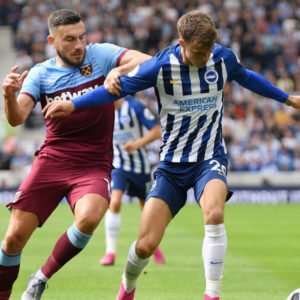