Issa Diop has insisted that he’s not using West Ham United as a career stepping stone following summer interest from Manchester United, but supporters continue to be sceptical.

Speaking to France Football, as cited by Sport Witness, Diop made it clear he’s aiming to become the best he can be at the London Stadium:

West Ham, for me, it was not and is still not a springboard to go elsewhere, it’s the club where I want to try to become the best defender I can be, compared to my qualities.

He featured in the 5-0 opening day defeat to Manchester City, but was caught out several times whilst having to cover for the struggling Aaron Cresswell.

This has led to some questioning the club’s decision to reject Man United’s £60million bid, in what seems like a downright overreaction.

Twitter: @Sam_InkersoleTM @davidgold is insane. Why not accept £60M bid for Diop from @ManUtd

Twitter: @101greatgoals He was nowhere to be found against City! (@holuwatobby1)

While some were questioning Diop’s quality, others were sceptical about his denied intentions to use West Ham as a career stepping stone.

The team were battered by City, not just Diop. I have no doubts in my mind that he is the club’s best defender, nevermind centre-back, and he has both the potential and current ability to become a club great.

Let’s not beat around the bush though; no player is going to come out at this stage of a season and say that he plans on moving to bigger and better things.

The chances are Diop will eventually out-grow West Ham, as hard as that is to bare. But it’s important supporters… support the 22-year-old rather than criticise him after what was quite frankly a freak result. 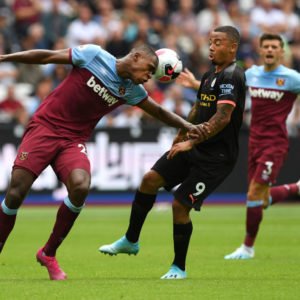 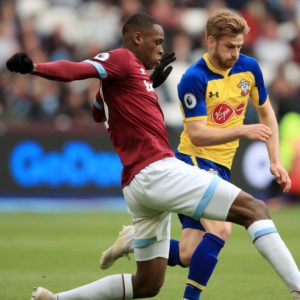