West Ham United will travel to Newport County in the Carabao Cup second round, and the competition provides the club with a great opportunity for silverware this season.

The Hammers’ squad is the strongest it has been in a long time, in terms of depth and quality, and Manuel Pellegrini will be eyeing the chance to lift another major trophy.

It’s likely we’ll see young stars and back-up players feature in that game at Newport and, hopefully, beyong. With that in mind, here are five Hammers stars that should impress fans in the competition this season.

In all seriousness, Fornals has the ability to be ever-present for West Ham in the Premier League this season, but if the club are serious about challenging for a first piece of major silverware since 1980, he should be utilised.

He’s still young, aged 23, so what better way than to help him get a feel for English football than sending him to Stoke on a cold, windy Tuesday night?

Johnson is one of the U23s leading stars and regularly featured for the first team throughout pre-season, so his big break seems imminent. If the team is quality around him, he should certainly get the opportunity to impress after making his Premier League debut last season.

West Ham fans are really excited about the arrival of Cardoso and with Issa Diop, Fabian Balbuena and Angelo Ogbonna certainly ahead of him in the pecking order, the 18-year-old should get the chance in the League Cup.

Pair him with an experienced name like Ogbonna or Winston Reid and it’ll be a great start to life at the Hammers if he can get a few games under his belt early doors.

The Golden Boy-nominated Dju has been making serious waves since arriving from Benfica in January and this season could be the time he breaks into the first team. It could ultimately be too early, though.

It’d be terrific to see such a promising star showcase his talent, hopefully around some established first-teamers, in what could be a really good cup campaign for the Hammers.

Ajeti’s arrival has sparked plenty of excitement amongst fans and it seems like both the League Cup and FA Cup will be where he has the chance to show what he can do.

Sebastien Haller is likely to be the cemented option as Manuel Pellegrini’s lone striker, so a hungry Ajeti against lower league opposition is potentially a very scary thought.

Would you start Pablo Fornals in the Carabao Cup?

Yes, as much as possible. 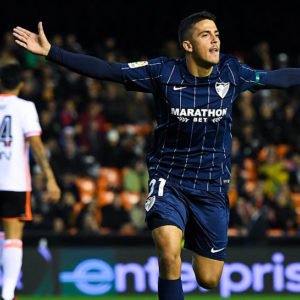 No, keep him fit for the league. 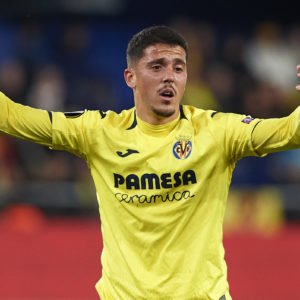