The former youth mentor of Southampton’s deadline day signing Kevin Danso has revealed West Ham were one of three Premier League clubs interested in his services last year, and it could be a huge case of the one who got away.

Dan Micciche, now lead development coach at Arsenal, first worked with Danso as an under-9 talent in the MK Dons academy, and he told the Daily Echo:

He was always destined to come back to England and it was always going to be in the Premier League, to a club that plays a good style of football, breeds young players and with a manager who’s going to improve him and progress his game.

He had interest last year from a few Premier League clubs – West Ham, Newcastle and Fulham – but that would have been too early.

Danso, 20, has already achieved six caps for the Austrian national team and was a key part of the under-21 side’s European Championships campaign this summer.

The centre-back can also play in defensive midfield and has made 41 Bundesliga appearances for Augsburg over the past three seasons – becoming more and more important each year.

Danso’s move to Southampton is an initial season-long loan, but under Ralph Hasenhuttl’s guidance he’s bound to impress and the Saints will most likely trigger their option to buy at the end of the campaign.

West Ham may have brought in another promising centre-half in the form of Goncalo Cardoso, but Danso’s ability to play in both defence and midfield would make him valuable to Manuel Pellegrini – especially with Mark Noble nearing the end of his career.

Hammers fans should have every faith in Cardoso to succeed, but if Danso quickly hits the ground running it’ll be a frustrating loss.

Would Danso have started at West Ham this season? 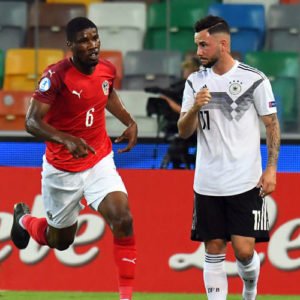 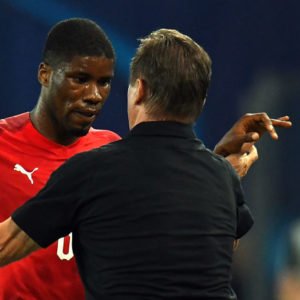