West Ham United fans have leapt on another opportunity to hurl abuse towards Aaron Cresswell after the club tweeted a video of him struggling to answer a question on Twitter.

The question was regarding his idol alongside club captain Mark Noble, but although it was a video not to be taken seriously, supporters couldn’t help themselves but roast Cresswell’s struggles.

The 29-year-old had a weekend to forget as Manchester City thumped the Hammers 5-0, with four of their goals coming from his side of the pitch, which only boosted the agendas of many.

One supporter predicted the storm that was coming…

Twitter: @WestHam @Aaron_Cresswell Another chance for the world’s greatest fan base to hurl abuse at a player. (@richiejv)

And the storm was expectedly vicious…

Twitter: @WestHam @Aaron_Cresswell Not the only thing he’s struggled with in the past few days. (@MarkHarrison23)

Twitter: @WestHam @Aaron_Cresswell He struggles with a lot of things let’s be honest lads (@floydkybert1)

Twitter: @WestHam @Aaron_Cresswell He struggled to track back on Saturday as well (@_SamButler)

Let’s be honest, Cresswell’s recent performances for West Ham haven’t been up to scratch but it’s a real shame to see one of the more experienced players receive so much online backlash.

Once Masuaku is back to full fitness, hopefully, he’ll play a more reserved role because, although he was up against one of the tougher tests he’ll face all season, Cresswell was torn to shreds against Man City.

It’s all fun and games though, and you can’t exactly moderate what fans say on platforms like Twitter. A player of his experience will, for sure, brush it to one side and continue to try his hardest for the club.

Does Cresswell deserve all the criticism he's getting? 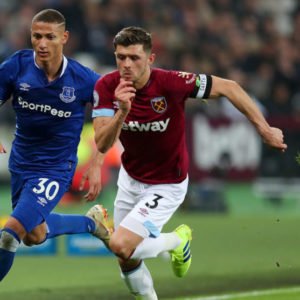 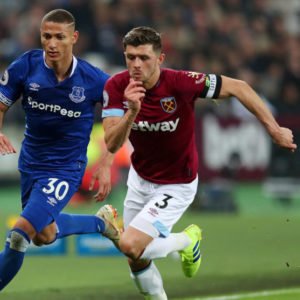