West Ham have been dealt a blow with defender Fabian Balbuena having been ruled out for two months with injury.

The Paraguay international who has been a mainstay in the Hammers defence since signing last summer picked up a knee injury during the game against Watford in late December.

Having returned to training this week, Balbuena looked to be on the right track however he broke down just two days into his comeback. 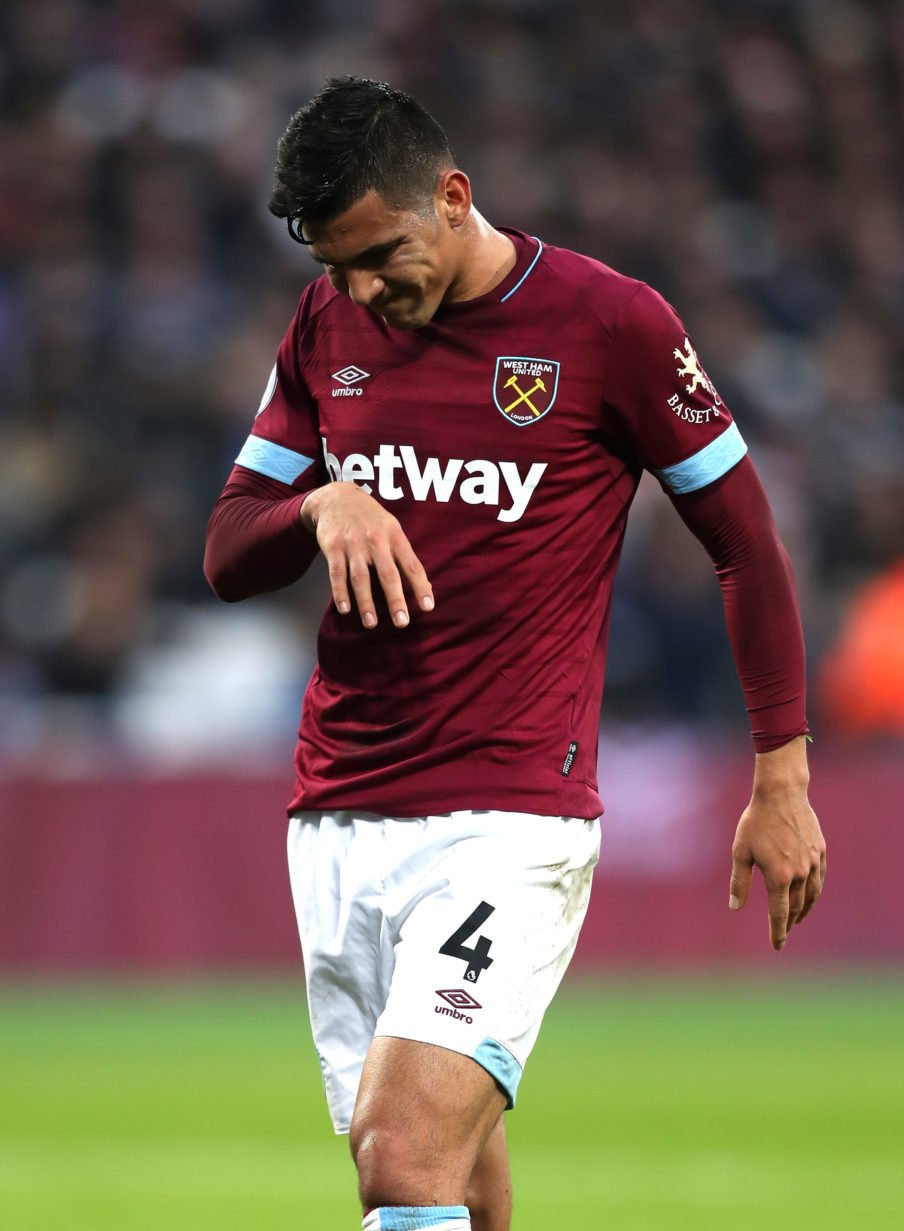 The 27-year old had surgery on his meniscus on Thursday and is expected to miss a further six to eight weeks of action, which is a huge blow to Manuel Pellegrini.

This latest set-back leaves Pellegrini with just Issa Diop and Angelo Ogbonna as fit centre-back options for the club. Declan Rice could also play in that position, but his performances in midfield have been so influential that it’s unlikely Pellegrini will move him.